The Fruitlessness of Motivating With Guilt

Not long ago, I met a friend for dinner.  My stir-fry came with a teeny-tiny side of rice, which lasted about five minutes before it was all gone.  When the server asked how we were doing, I asked if I could have a little more rice.

“Sure, honey,” she whisked the empty dish away.  “I’m supposed to charge you, though.”

And then we got in a little I won’t yes it’s fine no I won’t, with my voice sounding increasingly desperate and her voice increasingly like my co-conspirator, which was silly, because, as my friend pointed out later, “You were going to pay for that rice, either way.  She was just hoping it was on the tip.”

But it was Guilt rice, is the thing.  So, free or not, it had a metallic and nasty tinge to it.

There are lots of things that come with a side of guilt.  The one that stands out to me most, in my work, is tied to a leader’s daily quandary:  Making sure the right things get done in the right amount of time—for the right reasons.  Motivating people to do good work, though, isn't done by making someone feel guilty.  In fact, delivering anything with a side of guilt—rice, news, requests, gifts—generally backfires, because people don’t like to feel guilty.  It’s a successful tactic sometimes, particularly if a religion or culture relies on guilt from its followers, or if one grew up in a household tinged with guilt, but it never feels good.

Here are things I avoid saying when rallying people to come together.

Do it for me.  This might work in marriage or friendship, but it doesn’t work in leadership.

Do it because someone else will suffer if you don’t.  This works if it’s really true… but unless we’re talking about broad cultural implications or big world issues, it’s rare that real suffering will occur if someone doesn’t follow through—and everyone knows it.

Do it because you’re a lousy person if you don’t.  No one likes the implication that they are not a decent human being.  Putting caveats on any action in which one’s self-worth is at stake is a big mistake, because in the end, while the task might get completed, it’s done with resentment and distrust.

In the end, culpability and obligations really lie within each of us.  We do things because we want to.  We want to do well.  We want to do right by the world.  We want to feel proud or accomplished or legitimate. No amount of reproach or condemnation will change that.  We can try—we can dig deep until others have deep and ugly pangs of guilt—but in the end, it just. Doesn’t. Feel.  Good.

I have a friend who almost married a man whose guilt-inducing controlling tactics kept her tightly diminished and miserable.  Every dollar she spent, everything she said, every choice she made about her time and energy—it was all questioned and discussed, ad nauseum, until she finally realized how guilty she was feeling—all the time.  That’s when she finally considered a lifetime of feeling that way.  She walked away, just in time.

I know a lot about guilt; I feel it deeply, and always have.  Even as a child.  My friends and family could get me to do anything by spreading a few specks of guilt around the room.  And then there was my brother, who didn’t seem to have a single shred of that particular bone in his body.  My mom remembers trying to get him to clean his room when he was about twelve.  She was laying it on thick:  She was tired, she couldn’t do it all herself, she was relying on him, things would get so much better for the whole entire world if he would clean his room.  Will full-on distain, he said to her, “Don’t even try it, Mom.  Guilt won’t work with me.  Ever.”  She says she realized she’d have to give him real reasons to do his part in the world, because taking the easy way out—motivating with guilt—wasn’t going to work.  He could see right through it and had identified it for what it really was.  He’d outsmarted her in a game she didn’t even know she was playing.

I try to catch myself saying things that might illicit guilt in others. I don’t want to be the person who asks anyone to do anything out of guilt. If I can explain why, and if we can come together in our mission for real reasons, good reasons, sustainable reasons—there will be no reason for anything to come with a side of guilt.

In the past few days—the first week of school, here, for us—I’ve been overcome by the teamwork of our staff.  It’s been like watching a well-rehearsed orchestra, with all the instruments showing up right on cue and playing their hearts out.  Every string in sync.

The extra steps everyone took?  It wasn’t out of guilt.  The times they showed up for a duty, unassigned; the extra smiles and helping hands offered; all of the people, supporting and assisting and just being available—all those things happened on their very own.   They didn’t do it because I asked them to, or because I insisted.  I didn’t even really have to mention it.  They just did it because it was who they are and what they wanted to do.

Several years ago, I tried to launch a blog called “How our Mothers Mold Us.”  My plan was to showcase the writing of other women, and my role would be the organizer and editor.

It was going to be big, people.  Biggggggg.

Because I love hearing other women tell me about themselves as children growing into adulthood.  We all have vivid and important tales about the women who raised us, for better or worse, and how their hands molded us, for better or worse, into the women we are today, for better or worse.  My plan was simple:  I’d ask women to write about their mothers—the love, the angst, the fury, and the loyalty.  I’d tweak the pieces and put them out into the world.   It would open up the untold and varied truths about mother-daughter relationships, and create a place of connection, beyond clichés, beyond what’s in the movies, beyond the gobblygook.  I imagined its wild success in binding women together through our common experiences as daughters of mothers.  For better or worse.

Annnnnnnnnnnd it was a bust.  For one thing, the luster has worn off people launching blogs.  Whenever a market gets saturated, prices go down, right?  And there are a lot of blogs out there.

But, even more so, it turns out no one wants to say personal, public things about mothers.  No one wants to really reveal the nuances of those relationships—not when it might be read by others, not when it might be hurtful in any way.  I have a friend who has a fascinating, lovely, difficult story about her mother, a story with plot twists I’d pay good money to see in a movie.  When I asked her if she wanted to write about it, her no was emphatic and quick.   No.  Absolutely not.  And her resolute refusal played out over and over and over again with other women with whom I spoke. 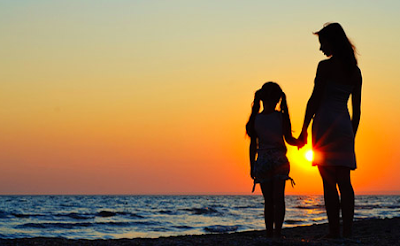 Here’s the thing:  As much as our mothers infuriate us, or given us things we have to deal with as grown women and mothers ourselves, most of us feel a fierce and unrelenting devotion to our mothers—and, now that we’re grown ups, we finally understand them.  We know they did the very best they could.  We know that some of our resentments are of our own creation and we know we hang on to things that are stupid and catty.  Many of us are mothers, now, too, so we’ve begun to look in the mirror and wonder what our own children will say about us, someday, and that’s a raw, rough realization.  It is kind of like walking around with a wound you know might ache for a really, really long time.

So the blog flopped.  But when I really think about it, I am buoyed by the “why” behind the fail.  It implies there is a sisterhood far beyond what I’d known—a sisterhood that reaches past the stories we tell to one another, a sisterhood that turns out, blessedly, to include our mothers.  It’s an allegiance and constancy.  It’s fidelity to forgiveness and trust.  And I’ll take that a thousand times over a successful blog.
at August 02, 2017 1 comment: 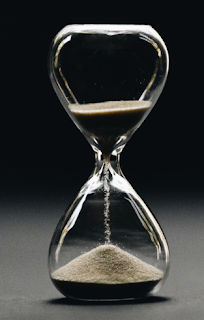