As a kid, I ran out to the paper box every night to get The Daily Record.  It was as much local gossip as real news.  The last page contained my two favorite things—the comics and advice from Dear Abby.  I read every word of Abby’s column, a kid eavesdropping on adult questions and problems; what could be more delicious than that?

Nowadays, I love the advice columnist Carolyn Hax.  She’s like Dear Abby, except modern and sassy and takes real-life difficult questions, and doesn’t feel like she has to be vague and symbolic all the time. She’s honest and clear, and doesn’t sugar-coat the mirror when she’s asking someone to hold it up and look into it.

In response to a recent question, Carolyn urged her reader to take some time to think about what was actually important.  She said,

Figure out your own priorities.  You may know this by its street name:  “Picking your battles.”

That’s the heart of it all, isn’t it?  Because there are so many battles to fight—we can find them by simply walking down the street, scrolling through Twitter, waiting for a cup of coffee.  Why is this taking so long?  Why is that person being unkind?  Why can’t people park straight?  Why is the service so slow?  Is every.single.person a terrible driver?  Why is ordering a pound of sliced turkey at the deli worse than anything, ever, in the whole universe?  There are problems and issues everywhere, all the time.

One of my favorite phrases came from a friend, describing someone he knew who tried fighting every battle. “She’s a hammer—and everyone else is a nail,” he said.  He was laughing, but his point was well taken, especially for someone like me, who thinks she’s got to take on every woe or complaint of others. In my job, I like to be a problem solver.   I like to help make things better for everyone.  I feel my best when all battles are fought and won.

But, then, isn’t there always a loser?

The issue goes beyond picking battles—it is really about fighting them with the intent to win something.  Compromise and mutual understanding are certainly better goals than victory—whatever victory means, in any scenario where the word “battle” is thrown around—and this is especially true when working with people.

There are some battles to pick--and some to let go.  Just another thing I'm working on.

"What do you do all day?" This question came from my mother on, oh, about March 19. She is always curious about my job, and the ... 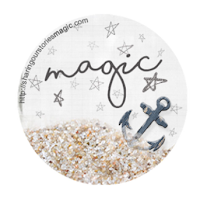 Jen Schwanke
I have been a public-school educator for 22 years. I started as a middle school language arts teacher and then moved into school leadership as an assistant principal. I’m now in my 15th year as a school leader, currently serving as a school principal in Dublin, Ohio—a community I truly love and feel proud to call home. But like everyone else, I am other stuff, too. I'm a mom of two children who walk around every day with my heart. I'm the wife to a wonderful man who supports me in my messy job and life. I'm also a daughter, sister, friend, yogi, mentor, teacher, housekeeper, reader, and writer. There's the things I used to be (enthusiastic home cook, avid runner, farm girl); things I wish I could be (dead-to-the-world sleeper, financial whiz, perfectly coifed beauty); and things I wish I were not (in turns, I can be grumpy, emotional, frantic, and massive self-doubter). But most of all, I am a learner. Every person, action, and significant decision is there to teach us something. I hope to use this blog to share some of those experiences.